What Doesn’t Kill You Make You Stronger: A Conversation with Ginny Mason

When I first meet a person with cancer, I try my best to look in to that proverbial crystal ball and see what the future might bring. There are some tools that help inform this, particularly in breast cancer. When I was training, I was taught to define the risk of relapse in early breast cancer by taking in to account tumor size and how many nodes were involved by cancer; the risk of recurrence was estimated as 10% per cm in tumor size plus 6% per positive lymph node. Much has since changed for the better—we have genomic prediction tools for hormone-positive breast cancer, hormone therapies, and HER2 treatments as well. 3>But even today, there are some people with cancer who I especially worry about: worry that even the best I have won't be enough.

People with inflammatory breast cancer (IBC) fall in to that category. This type of breast cancer doesn’t present as a mass typically, and it affects younger patients, too. The tumors are typically not responsive to hormones, so chemotherapy is our only tool to use for it. It’s advanced when found and—most alarming—the symptoms can progress quickly, so someone might have had a normal mammogram only to be told they have IBC eight months later, when their breast becomes red or swollen, or both. More often than not, it’s a devastating shock to the one diagnosed.

I still recall the first person I ever treated with IBC. It was back in New York City, and in my effort to help her find support, I stumbled upon the IBC Research Foundation. It was a lifeline for her. Years later I met Ginny Mason, RN, a tireless advocate and Executive Director of the IBC Research Foundation. As with many of the people I’ve met who are not oncologists, we met on social media. She has since become a trusted colleague, and I’ve turned to her many times for advice and guidance, within the field of breast cancer research and beyond. I knew that Ginny had IBC as well, but never found out much more than that. It dawned on me that despite having Ginny as a personal friend for many years now, I hadn’t taken the time to learn about her own experiences, so I decided to ask her about them.

Ginny, we’ve known each other for years now, and I am aware of the work you do on behalf of IBC. But can you tell me about when you were first diagnosed?

My symptoms started when I was just 40 years old. We have no family history of breast cancer, so when my mammogram didn’t show anything other than “dense breast tissue,” I was told to eliminate caffeine and take ibuprofen. It took over 4 months to finally get to a surgeon who took my symptoms seriously and did a biopsy right then, in the office.

I was diagnosed in 1994. It was before the Internet was a "thing." I remember looking for information on IBC, and the only information I could find was a paragraph or two in Dr. Susan Love's Breast Book. It gave a dismal prognosis—that only 3% of people diagnosed with IBC were alive at 5 years. My doctors had little experience with IBC, so they reached out to the NCI and their tumor board reviewed my case as soon as possible. They were the ones who suggested neoadjuvant chemotherapy, based on the little information that was known about it back then. I’m grateful for their forward thinking!

Given what you knew about prognosis, did you think you'd survive?

I hoped I would. I prayed I’d be one of the outliers, but I also wanted to be realistic. I remember making sure my will was up to date, and I even planned my memorial service during chemotherapy. It was a way I could make things easier for my husband and daughter. Looking back, I didn't really worry about dying, I accepted that it was a real possibility. Mostly, I hated to think what my death would do to my family. I remember, too, that I never filed for disability. At the time, my family’s health insurance was tied to my job as a nurse in a mental health clinic. As a pastor of two small rural churches, my husband had no real benefits and he had a limited salary, so I kept working during treatment. Looking back, continuing to work helped to keep my brain busy and kept a bit of normalcy in my life. It really helped that my employer was very understanding and accommodating.

Here you are, 26 years after the index diagnosis. What has most struck you about the changes in cancer land through the years?

Sadly, those with IBC symptoms still have a hard time getting a timely diagnosis because we're younger and often the mammogram or ultrasound is unremarkable. That needs to change! One of the big changes is access to both information and misinformation. The Internet has allowed people to learn and connect with others, but when you're fearful you are easy prey for misinformation. Many patients are more savvy and want to be part of the decision making about their treatment, so they seek information. Plus, there are so many more treatment options than in 1994! We didn't even know about Her2 back then, and taxanes were in clinical trials in breast cancer as I was finishing treatment.

How did you get involved with the IBC Research Foundation?

Our founder and initial president, Owen Johnson, and I met in an early IBC e-mail discussion list. It was 1998, and I'd gone back to finish my BSN and was researching how the Internet might change the ability for patients with atypical cancers to find information, support, and others with the disease. We both believed research was the key to improving treatment and survival in IBC, plus there was a huge need for education of the public and medical community about IBC. We learned there is strength in peer support, but that offering such support is also a big responsibility. In 1999 we formed a Board and filed the necessary paperwork to become a 501(c)(3) nonprofit organization.

As a nurse, I had to make sure people knew I wasn't giving medical advice. We made sure our responses to questions were based on our personal experience. While research was always foremost in our mission, we had to learn how we, as advocates, could impact research. Thanks to our donors, we’ve been able to support numerous IBC research projects as well as bring a patient voice to research. We have a stellar medical advisory board to guide our work. These high-profile clinicians and researchers have helped us choose grant recipients, reviewed materials for our web site, and given guidance over the years.

Another important lesson has been the value of collaboration with others. We're a small organization working with a niche population. There are awesome organizations addressing basic breast cancer issues and it makes sense for us to share that information and focus on the "extras" that pertain to IBC. With one-third of IBC patients metastatic at diagnosis and another one-third developing metastases at some point, it's important that we're part of the Metastatic Breast Cancer Alliance, bringing our voice to that table, working together for this population of patients.

What challenges do you face as a niche nonprofit?

In 1999, when we began, opting to be online rather than have a “walk-in” office was seen as unusual. However, IBC is a relatively small percentage of the breast cancer population and spread out around the world. Having a strong online presence as well as a toll-free phone line made it easier for people to find and connect with us. This was before social media entered the scene. Of course, keeping any nonprofit afloat is challenging, especially these days. Most people are familiar with breast cancer, but IBC isn’t on their radar unless it’s touched them in some way. That impacts donations. We work hard to stretch our funds as far as possible to support research and “keep the lights on,” but there are times when the donations just don’t equal expenses. I often cover travel or other expenses out of my own pocket, as do some of our volunteers, and give all honoraria and consulting payments to the organization. I’m committed to making sure we’re here to help patients, provide medically sound information, and facilitate quality IBC research.

Don, you know me well enough to know that phrase wouldn't be in my vocabulary!! I don't see myself as "beating the odds.” I see myself as being very fortunate that the cancer responded to the drugs that were available at the time. By living past my “expiration date,” I have a responsibility to give back in hopes that others will also be given more years.

Any thoughts on the language of cancer that you would like to see "evolve"?

Battle language doesn't work for me. It implies that if one just fights hard enough you win. Cancer steals lives and doesn't play fair. Words matter and it's important to realize that and find language that doesn't put blame on a patient for the disease. Until we know what causes a particular cancer it's best to talk about risk reduction versus prevention. Most important, people aren't their cancer—they are individuals with a disease. People first. I am so much more than either of my cancers: I'm a grandmother, nurse, home cook, science nerd among other things. We all are. 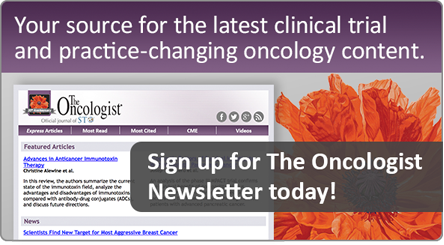